According to information of the rescuers of Mountain search and rescue guarding post, on January 24 the duty guard conducted snow profile penetration test and compression test to determine the level of avalanches danger at the south side of the mountain.

END_OF_DOCUMENT_TOKEN_TO_BE_REPLACED

Here is information about what one should know in order to visit mountains in winter and return alive. Rescuers of the guarding post at Pip Ivan mountain spoke about it with journalists.

END_OF_DOCUMENT_TOKEN_TO_BE_REPLACED

On January 17 a telephone call was received at 14:50 from one of the American companies by the Head of the 4th special search and rescue group, the rescuers of which permanently guard within the premises of the Observatory on Pip Ivan mountain.

END_OF_DOCUMENT_TOKEN_TO_BE_REPLACED

On December 08, the third Round Table, devoted to discussion of PIMReC Project “Adaptation of former observatory on the Pipe Ivan mountain to the needs of alpine rescue service training center” implementation and its influence on development of tourism business and cross-border territories took place in the University of Warsaw. The project is implemented under financial assistance of the European Union – the Cross-border Cooperation Programme Poland-Belarus-Ukraine 2014-2020.

END_OF_DOCUMENT_TOKEN_TO_BE_REPLACED

Partners of the Project “Adaptation of former observatory on Pip Ivan mountain to the needs of alpine rescue service training center“ (PIMReC) participated in virtual capitalization meeting of the cross-border cooperation Programme Poland-Belarus-Ukraine 2014-2020. It was devoted to the topic of safety and priority “Solving of mutual safety issues”.

END_OF_DOCUMENT_TOKEN_TO_BE_REPLACED

Play “Eneida” by Ivan Kotliarevskyi, performed by the troop of Ivano-Frankivsk Drama Theatre captured all the space around the third high mountain top of the Carpathians on Saturday, August 21.

It became a sequel of the commenced social art project “THEATRICAL POPIVANNIA AT OBSERVATORY” under the Project “Adaptation of former observatory on the Pip Ivan mountain to the needs of alpine rescue service training center“ (PIMReC) under financial assistance of the European Union within  the cross-border cooperation Poland-Belarus-Ukraine 2014-2020. The art project is implemented under cooperation with Vasyl Stefanyk Precarpathian National University and PIMReC partners together with Ivano-Frankivsk National Academic Drama Theater named after Ivan Franko. Just as in the previous year, partner of the observatory renovation, i.e. Department of State Emergency Service of Ukraine in Ivano-Frankivsk region ensured implementation of the project “THEATRICAL POPIVANNIA AT OBSERVATORY”.

“Eneida” was performed at height of over two thousand meters. It was not only impressive! It simply gave the shudders.

The actors were playing, triggering rain and in a few minutes the first drops appeared … Scenery of the “stage” was the sea of the Carpathians, it was changing all the time and it seemed it was playing together with the actors. The mountains were getting darker and lighter. This incredible play of nature enhanced the impressions. There were no secrets of the backstage, as everything was spread before the eyes. It was sincere and real. True art.

“Eneida” was included into the repertoire of Ivano-Frankivsk theatre troop after tragic events of the Revolution of Dignity in 2013-2014, when the first deaths and the first new heroes in history of Ukraine appeared. At that moment, it was very difficult to choose the repertoire, recollected director of the theatre – Rostyslav Derzhypilskyi. It was inappropriate to perform comedies, there was no wish to perform tragedies, as everything was rather tragic at that time. Just at that moment head of the theatre paid attention to “Eneida”.

Rector of Vasyl Stefanyk Precarpathian National University said that the play “Eneida” on top of Pip Ivan mountain was an important project, as this place became a new art stage on the third high mountain top of Ukrainian Carpathians. The play itself was rather symbolic for the 30th Anniversary of Independence of Ukraine. 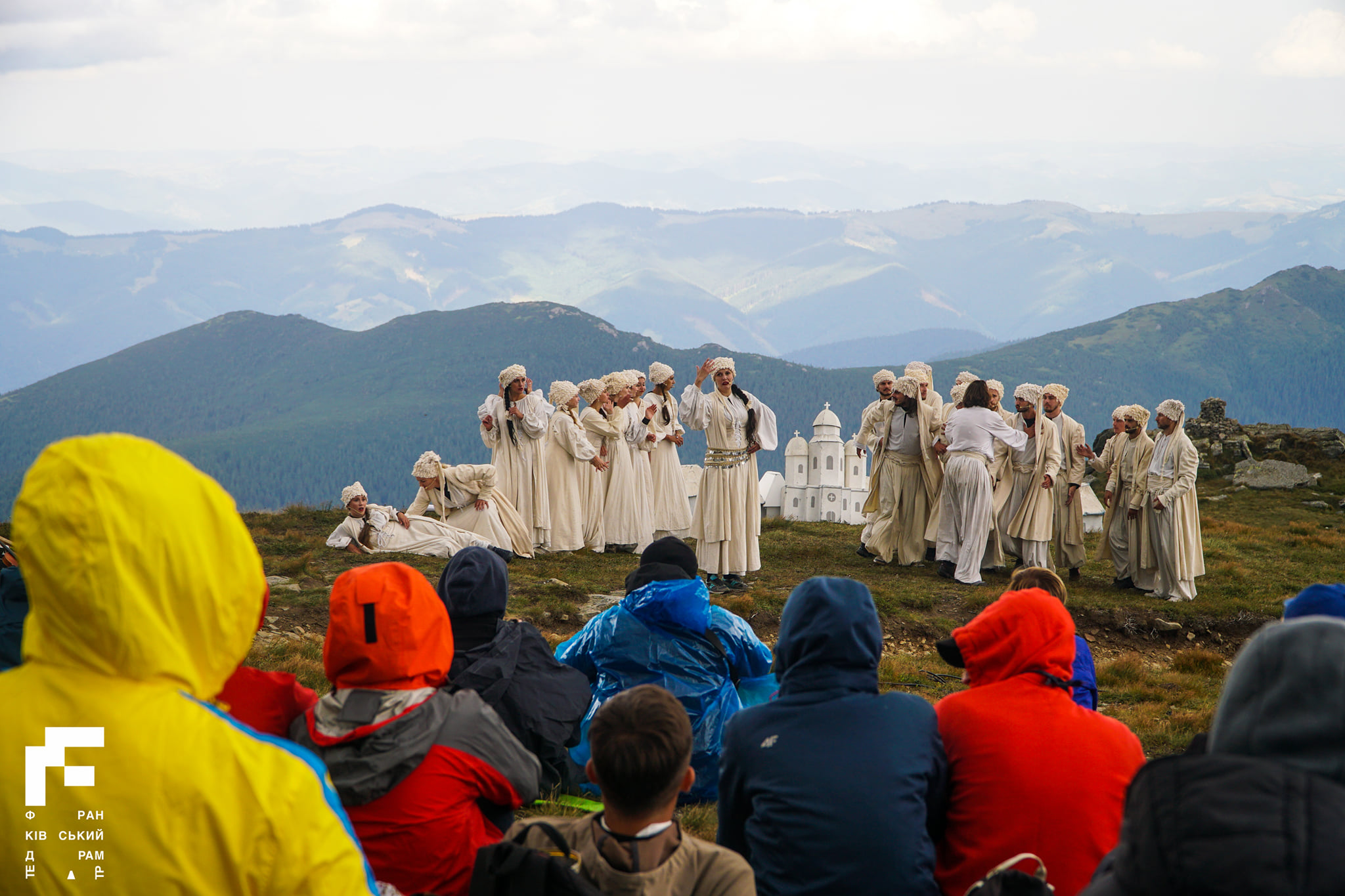 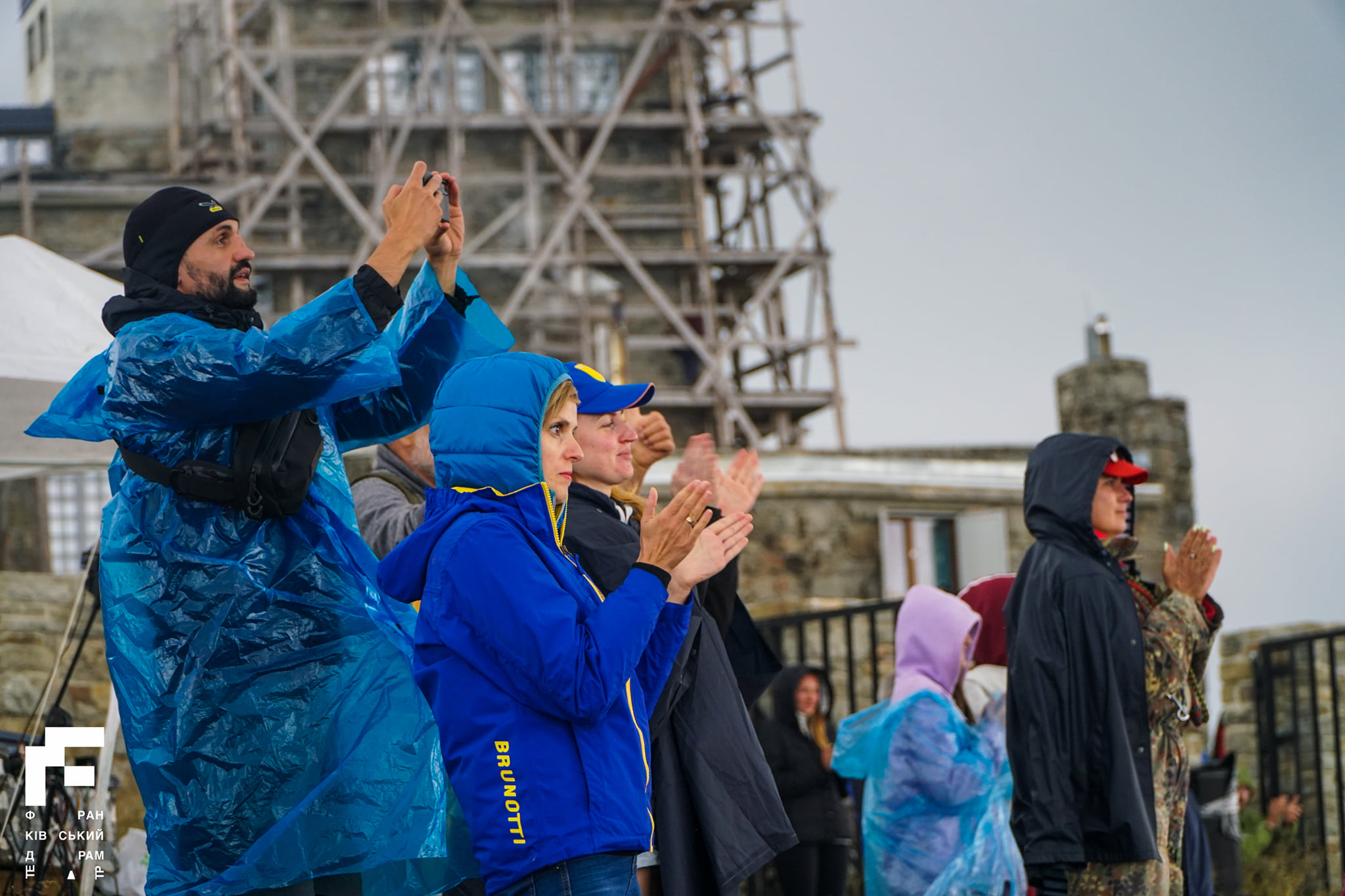 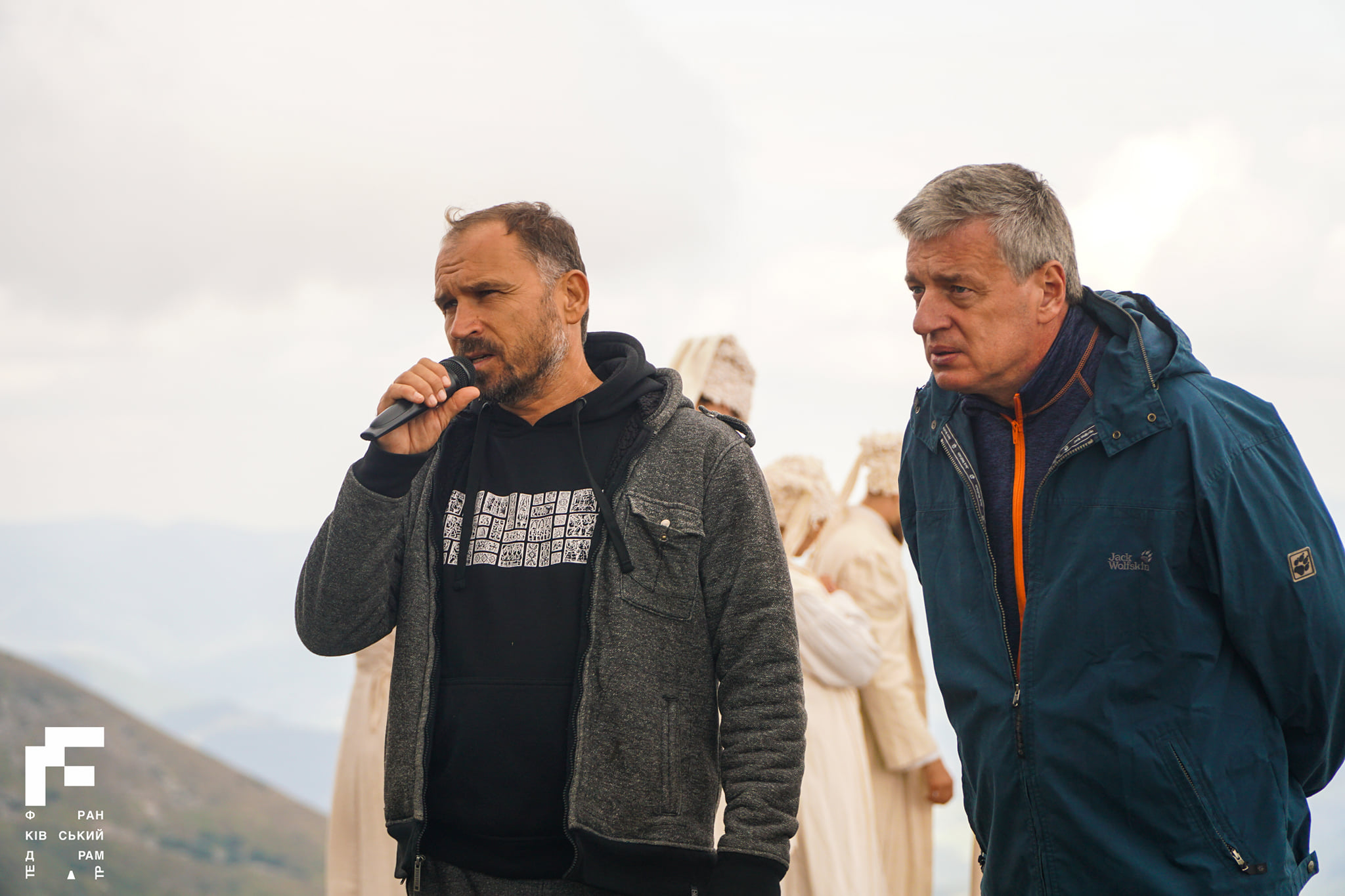 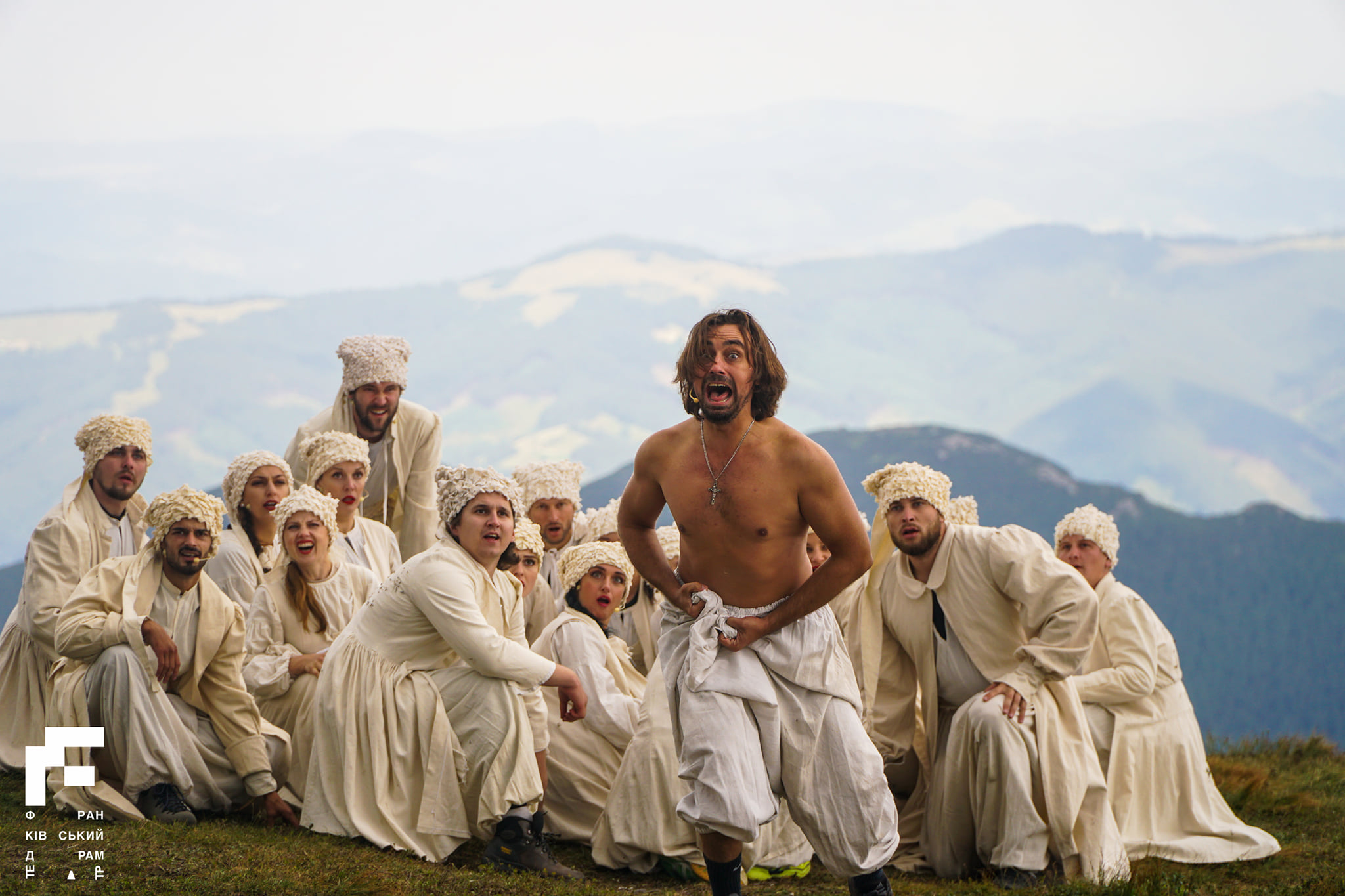 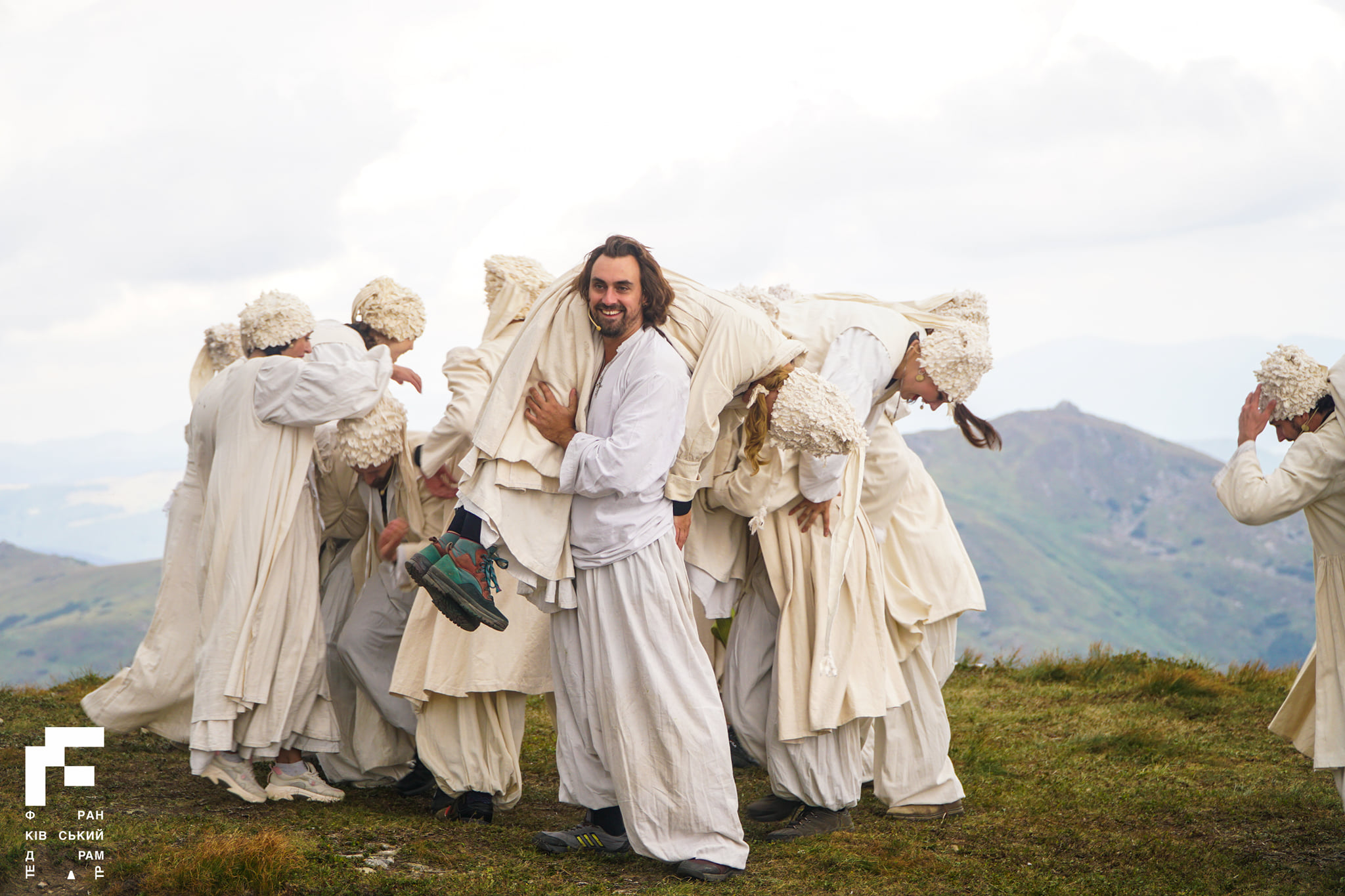 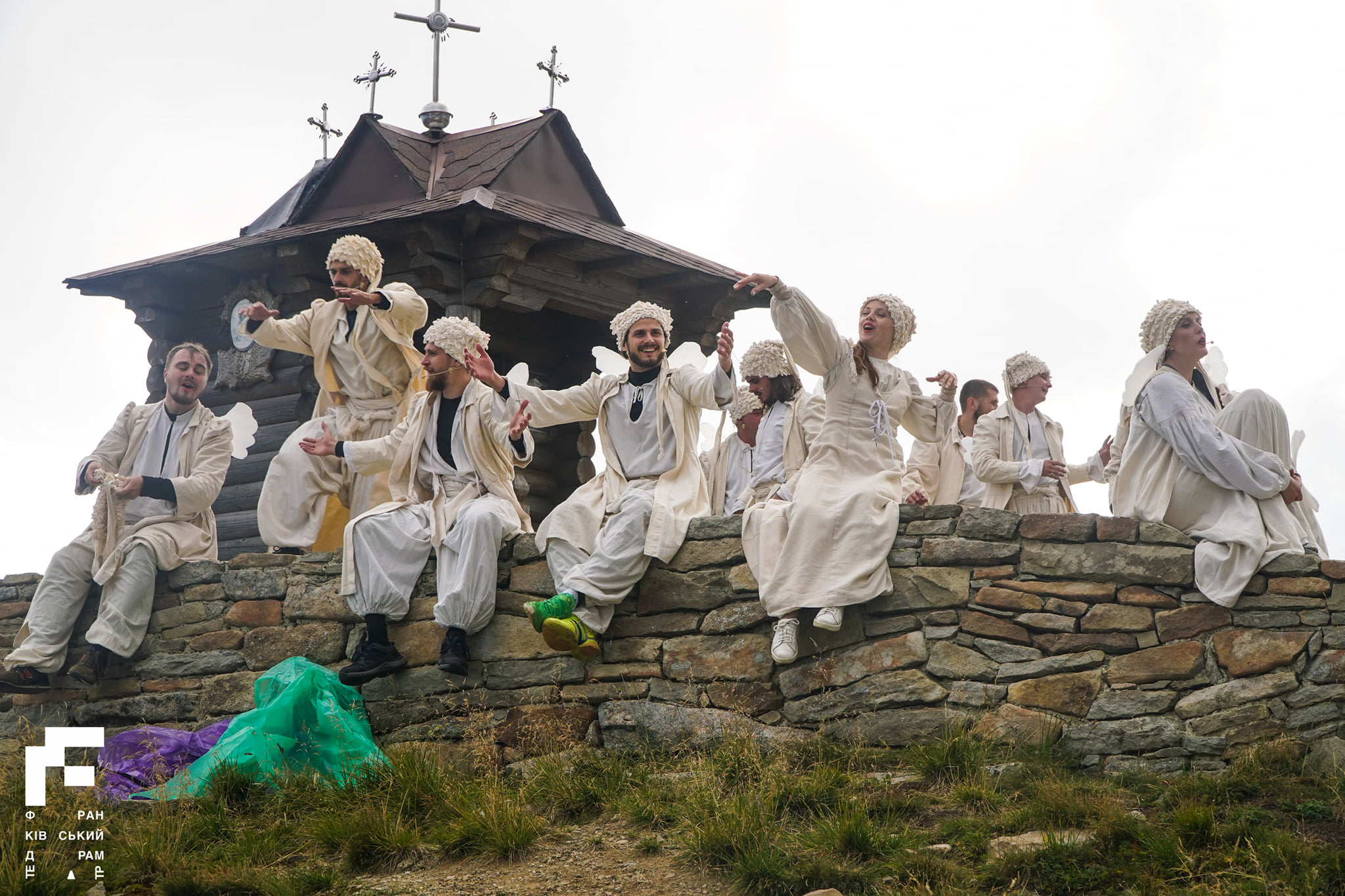 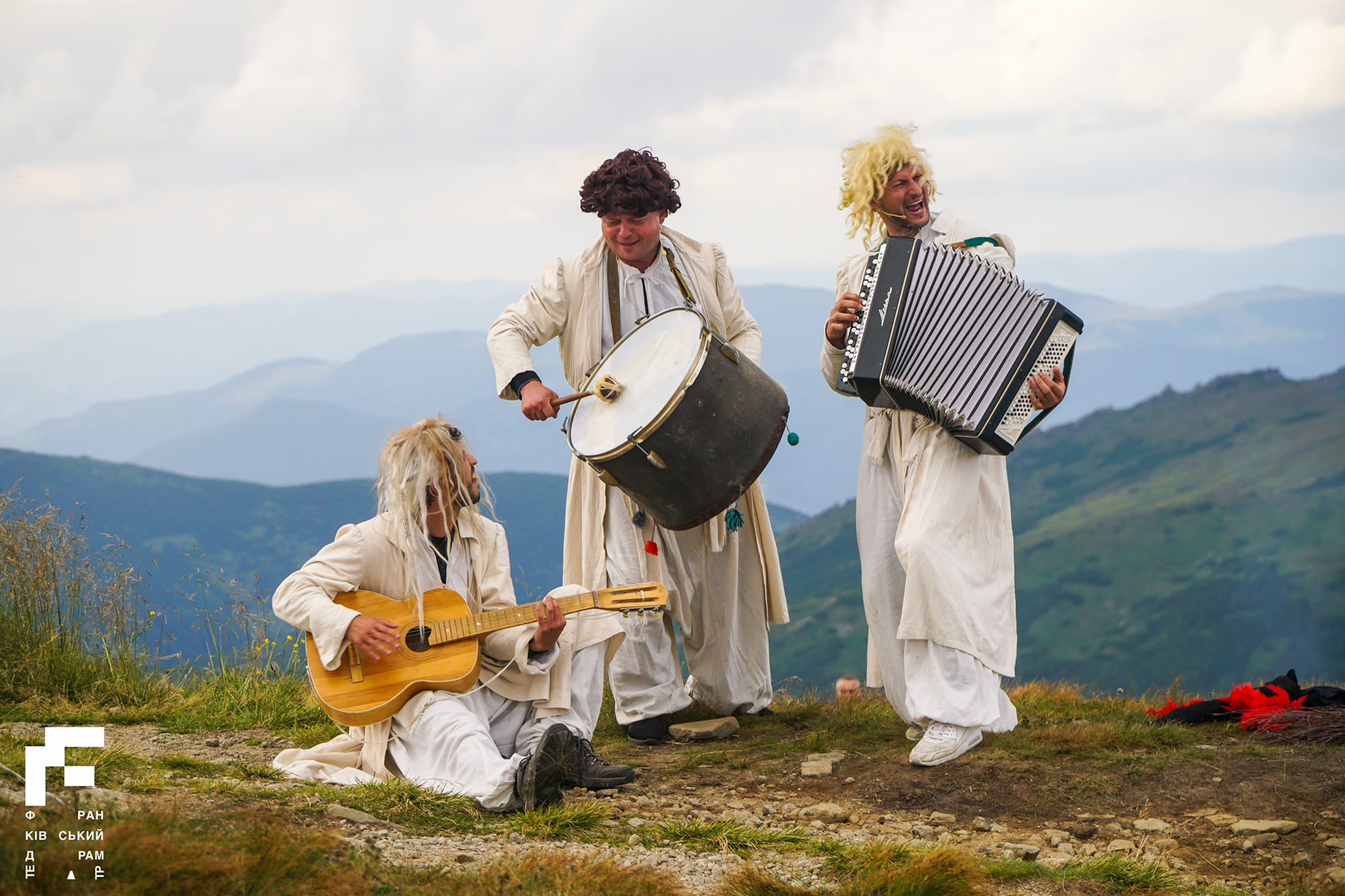 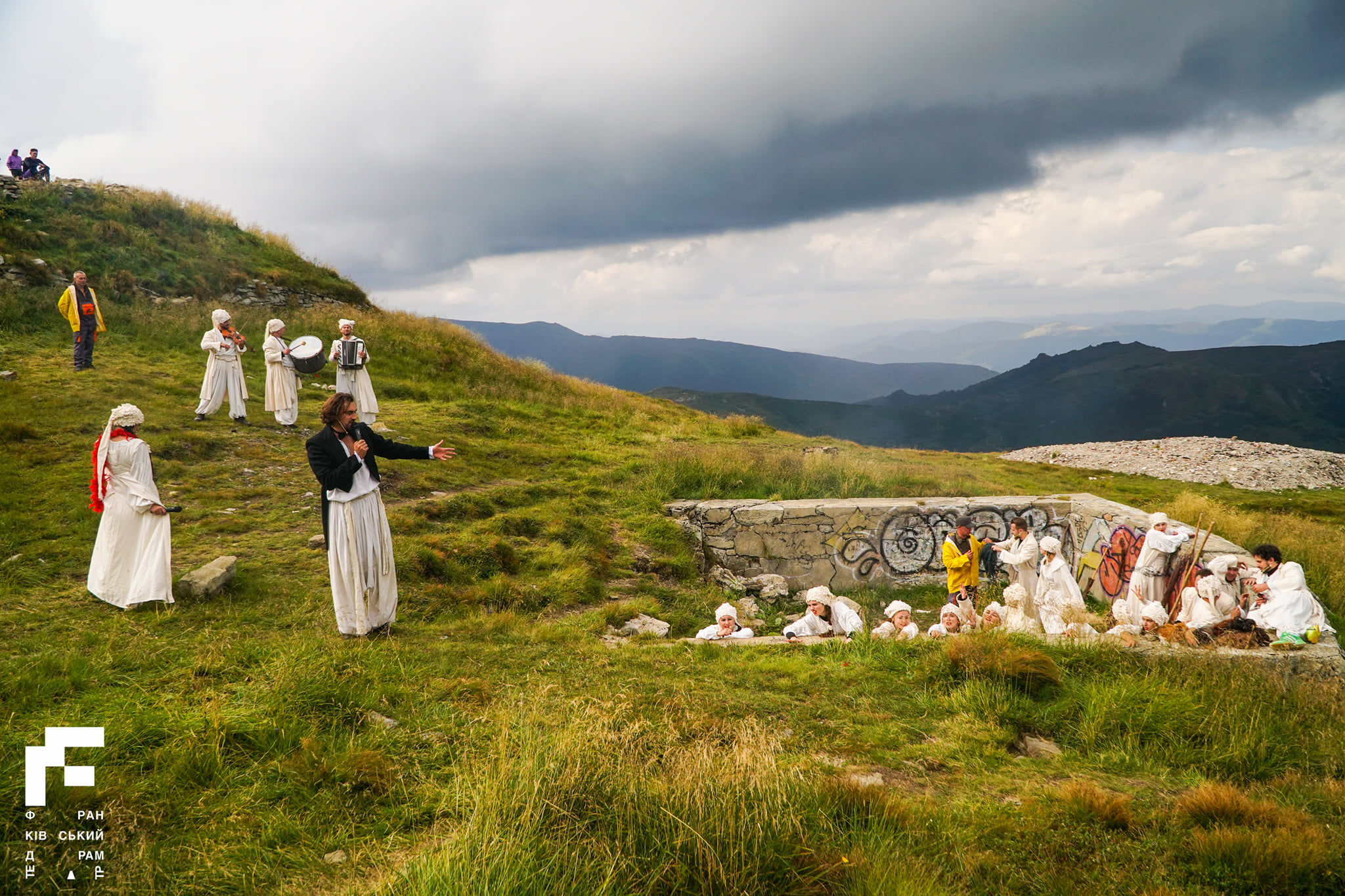 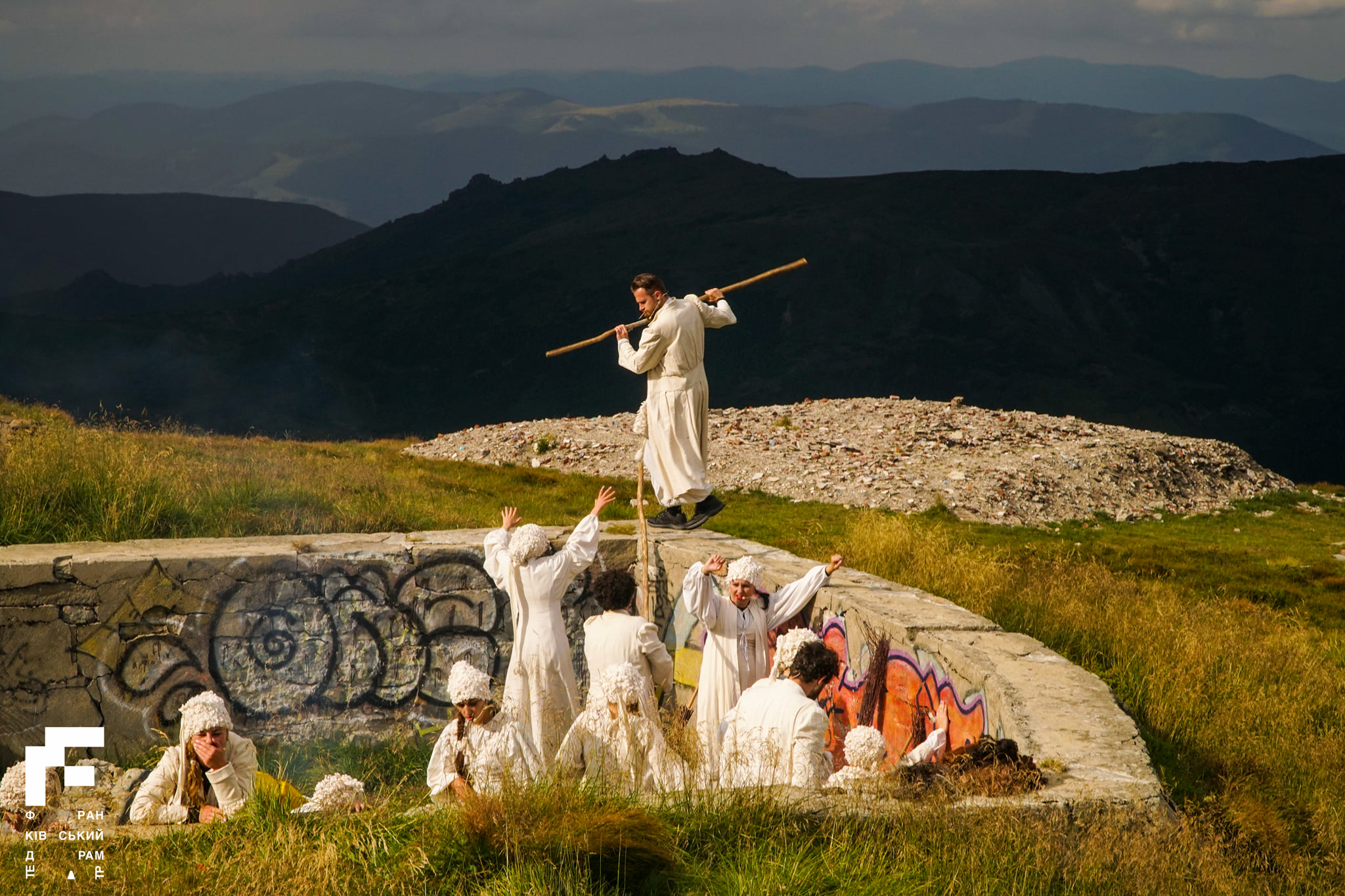 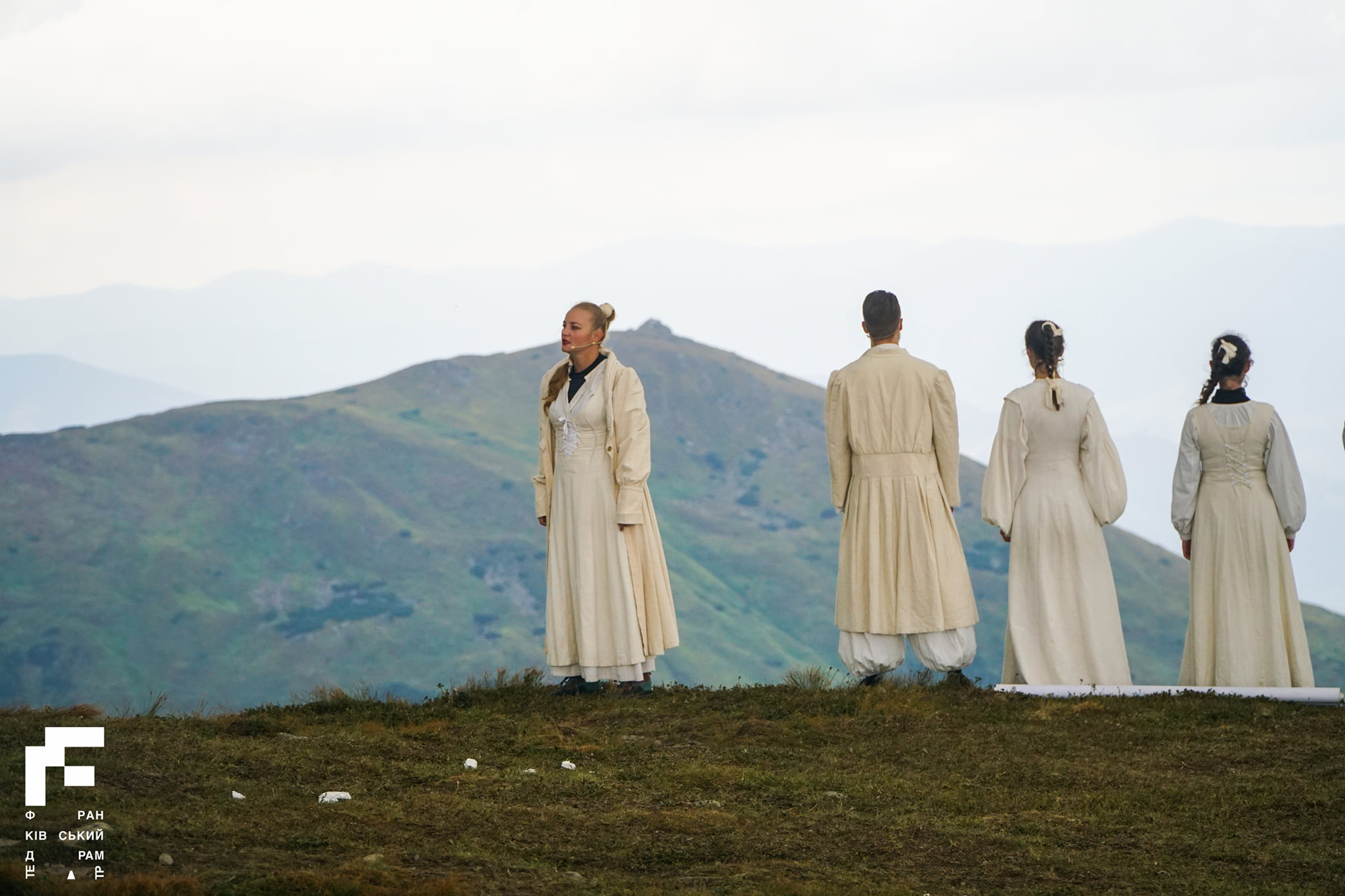 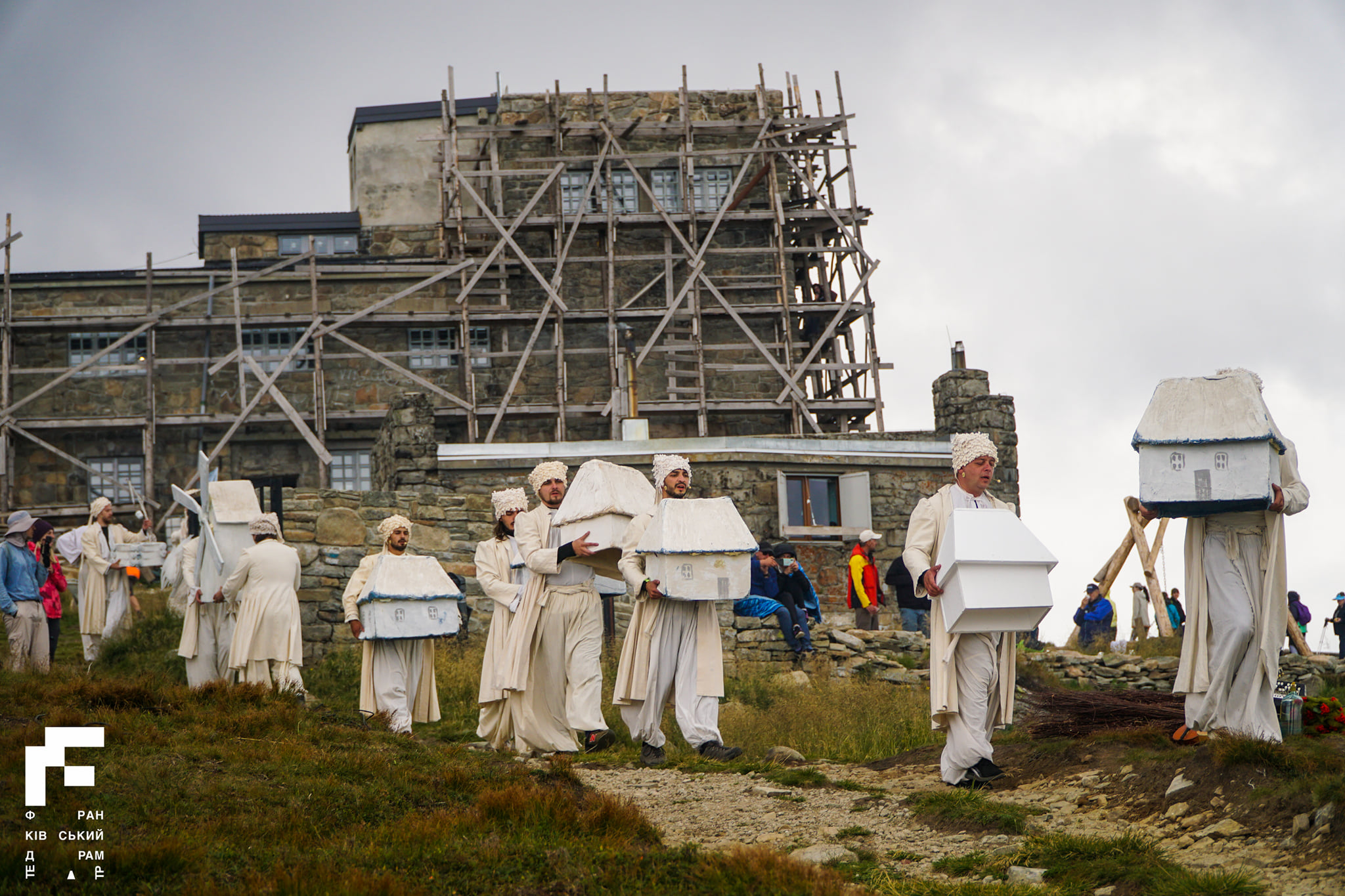 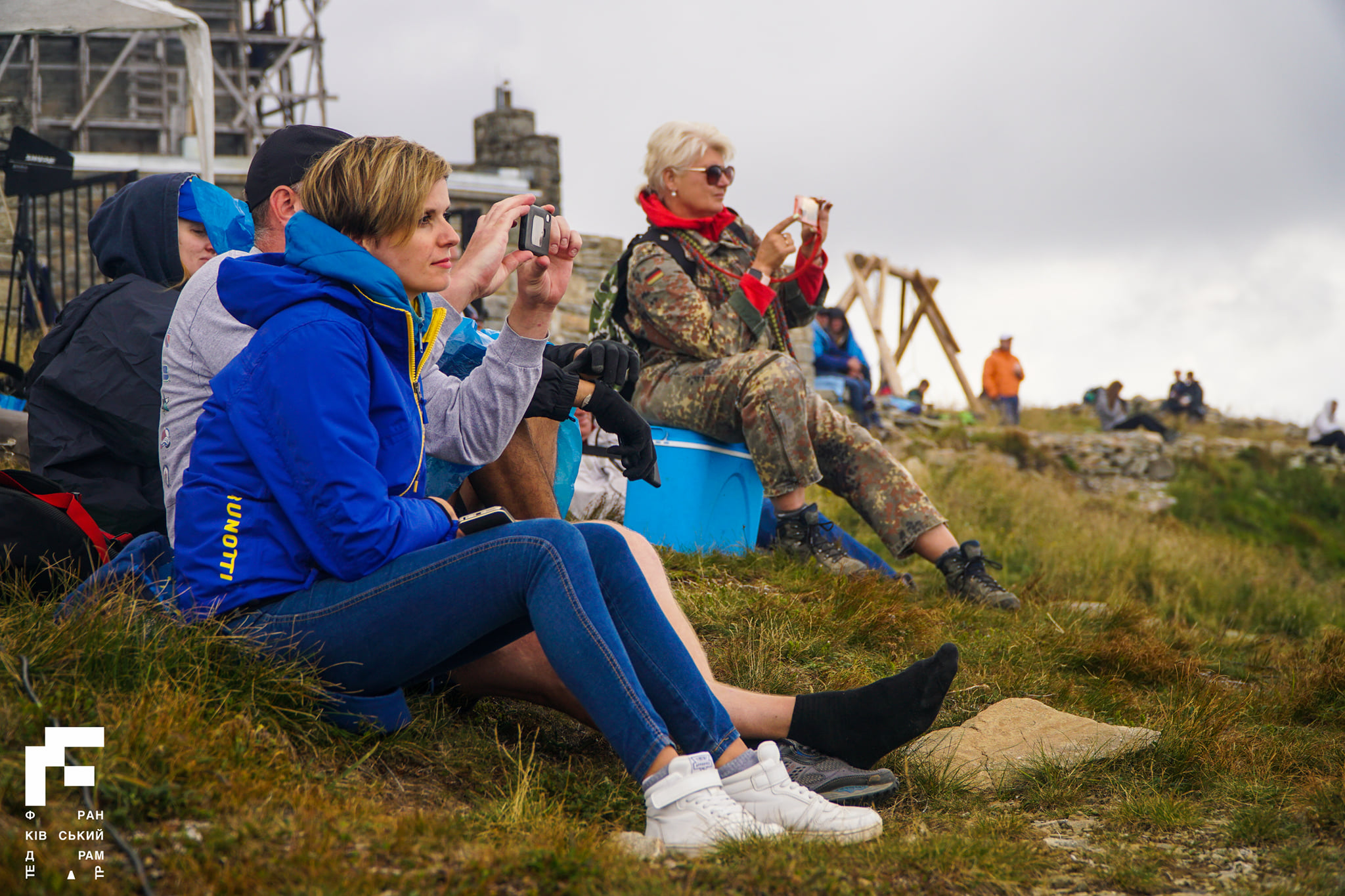 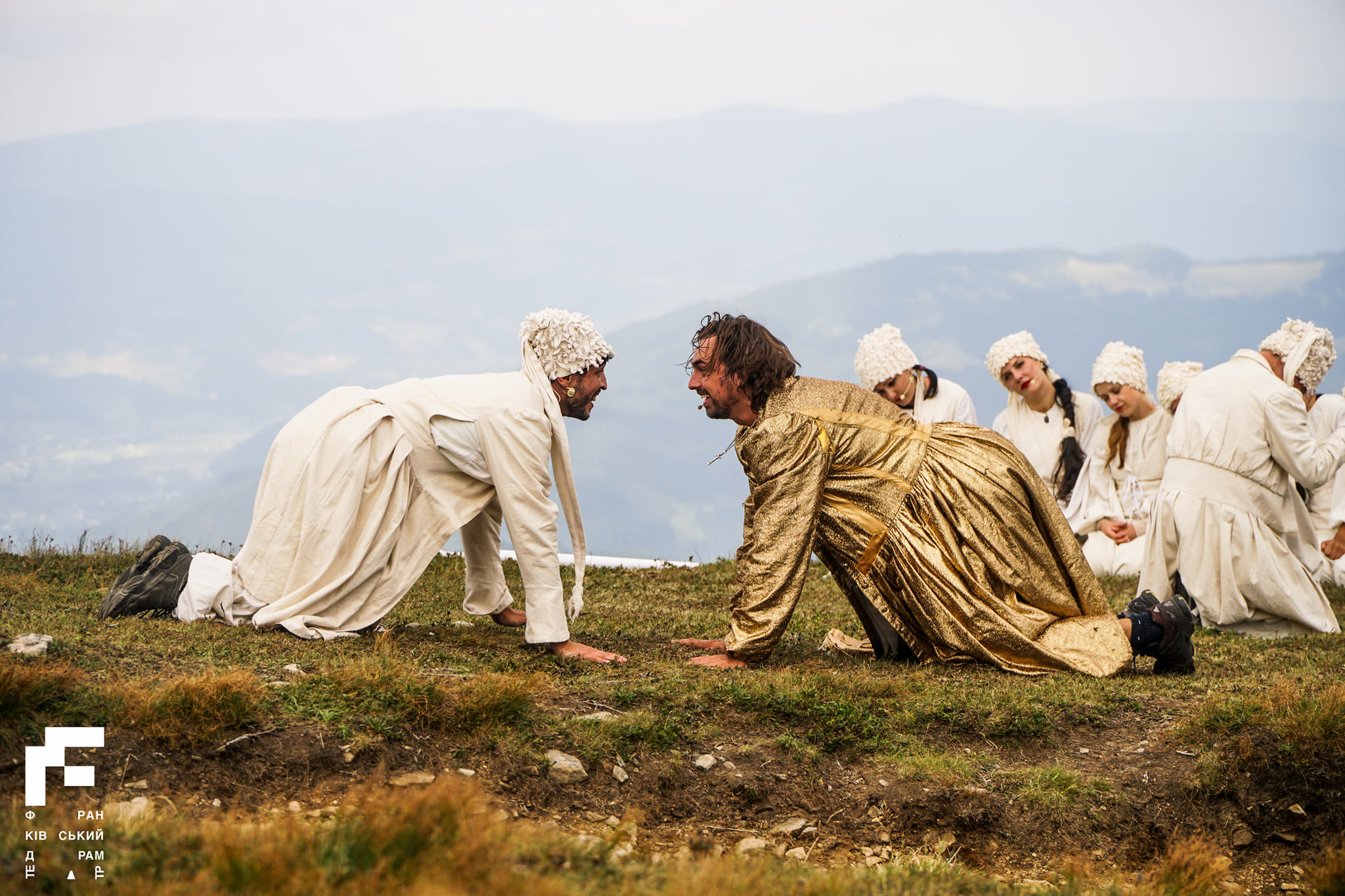 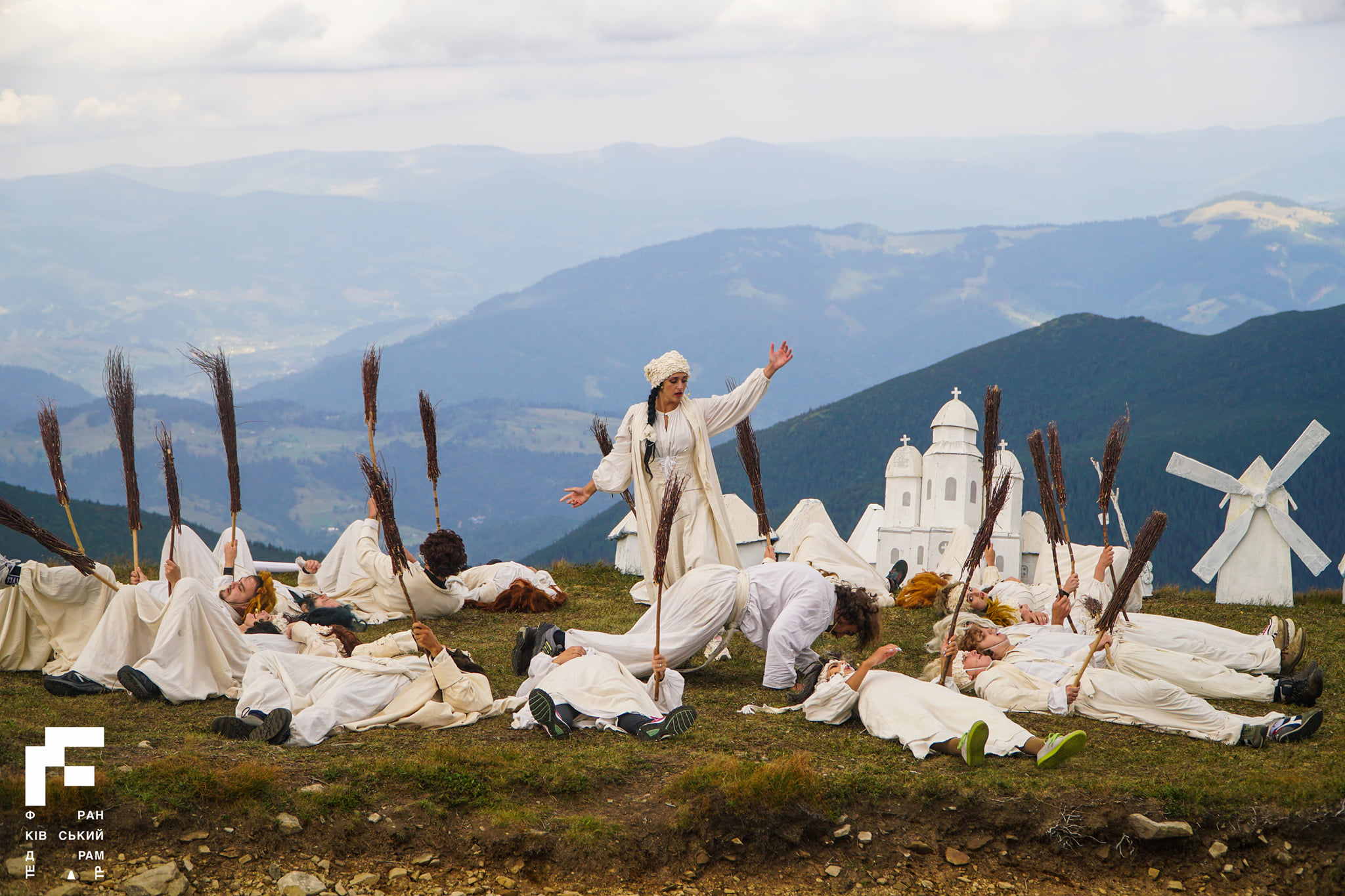 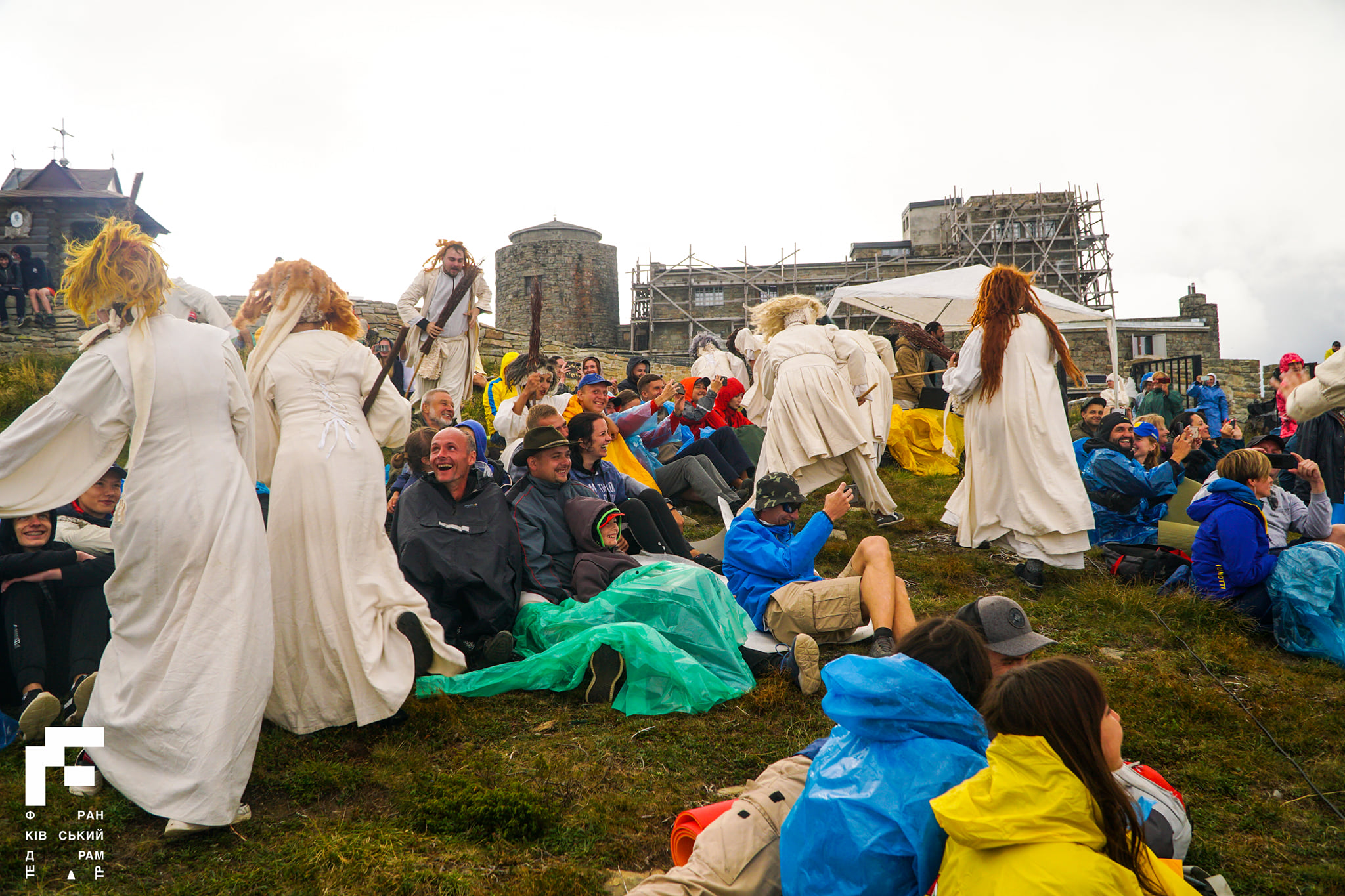